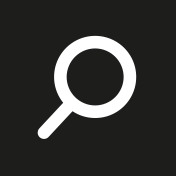 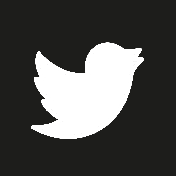 Panel I: Other(ed) Sensibilities: Revisiting the Sensory Politics of Racialization

Cultural and scientific explorations of perception, sensation and feeling have a troubled history in Western thought. Already in greek antiquity, the attribution of sentience was used to discriminate between life forms. While traditions such as empiricism, sentimentalism and psychophysics have been ways of reassessing the role of the sensorial, they have largely built upon this idea of a hierarchization of the senses, becoming deeply entangled with practices of othering and dehumanizing. Especially in the 19th century, studying the senses played a critical role in constituting racial and sexual difference along the lines of sensorial capacities. The resulting ‚biopolitics of feeling‘ have granted some (white/male) bodies greater sensibility while marking other bodies, especially female, declassed and disabled bodies, bodies of color and Black bodies as sensorially impaired. Their heritage is still present today, and remains to be critically assessed.

This panel revisits the historical role of sensory research in constituting the human ‚other’ as well as its critical potential in describing racial embodiment in the present. It looks at how psychophysics helped the formation of an ‚Eugenic Atlantic‘ and how concepts of ‚impressibility’ and sentimental sense regulation provided ground for biological race and sex difference. What trajectories did these schools of thought take, especially when used to justify discrimination, oppression and exploitation? What detrimental effects did the traveling of these concepts bring about when being deployed and refined transnationally? And most importantly: in what ways can perceptual sensitivity move on from an object of study to a critical tool for exploring the sensuous materiality of racialization and discrimination in the present?

How does the racial history of psychology bear on media history? The immediate precursor to “modern” Wundtian psychology, psychophysics was the experimental science of sense experience. Although widely popular in its moment, today psychophysics has been largely forgotten – remembered, if at all, as a footnote in the history of media and technology, as something of the “prehistory” of psychometrics. As practiced by Gustav Fechner, Hermann von Helmholtz, and E.H. Weber, however, psychophysics was more than a strictly positivist science of mind: it crisscrossed empiricism, metaphysics, and aesthetics in its effort to answer philosophical questions in the laboratory.

In this paper I will discuss the centrality of psychophysics to the formation of the “eugenic Atlantic” (c.f. Mitchell and Snyder) in the nineteenth century United States. The legacy of psychophysics is most evident in the persistence of “sense training” or “sensitivity training”: the idea that the training of perceptual sensitivity (such as distinguishing slight changes in color, texture, or weight) through rigorous exercises would not simply cultivate the individual but facilitate racial perfection. This cultural preoccupation with the minutiae of mental experience locates psychophysics at the nexus of biopolitics and aesthetics, where the lives of people and populations are accorded value based on their affective capacities for making micro-judgments. To what extent does the Foucauldian technology of sensitivity training rewire material technologies like photography and film? What does it mean to understand racial difference as elemental to, rather than an ancillary feature of, consciousness? How might sensory studies attune us to the racial preconditions of media, both past and present?

Erica Fretwell is associate professor of English at the University at Albany, State University of New York (SUNY), where she teaches nineteenth-century U.S. literature, critical race studies, the history of science, and affect studies. She is the author of Sensory Experiments: Psychophysics, Race, and the Aesthetics of Feeling (2020) and is a coeditor of the Palgrave Handbook of Twentieth and Twenty-first Century Literature and Science (2020). Her essays have appeared in numerous journals and edited volumes, including Timelines of American Literature, The Cambridge Companion to Literature and Food, and The New Walt Whitman Studies. She has articles in Al Jazeera and Avidly. Her current project, “Out of Print: Haptic Literature in the Age of Craft,” revisits the nineteenth century as a “haptic episteme” through the object-oriented pedagogies, handicraft practices, and tactile literacies that revalued embodied presence as a vector of everyday knowing.

Impressibility: The Forgotten Materiality of Race and Sex

In this talk I argue that the forgotten nineteenth-century state of sensory “impressibility” underwrites the modern categories of race and sex difference. I show how scientists of the era categorized and ranked bodies according to their varying degrees of impressibility, or the capacity to be affected over time. Their sensory hierarchy marked race, and especially Blackness, as a condition of unimpressibility – the inability to move forward through time. At the same time, scientists, reformers, and others deemed civilized whiteness as a state of extreme impressibility, a condition that posed both the promise of advancement and the peril of degeneration. To balance this vulnerable state, race scientists split the white body into two binary halves: one male, one female, and assigned each distinct roles in balancing the precarity of the sensory susceptibility deemed to be both the cause and effect of civilization. Focusing in particular on the work of the American School of Evolution, I show how this sensory hierarchy laid the groundwork for the modern, biological notions of race and sex difference. Simultaneously, the cultural and scientific tradition of sentimentalism attempted to regulate sensory capacity to ensure the impressions acquired by the civilized would be beneficial to the race. Sensation and affect, I reveal, are not merely embedded in ideas of race: the capacity of being affected by external environments was itself the material groundwork of the notions of race and sex.

Kyla Schuller is Associate Professor and Undergraduate Director of Women’s, Gender and Sexuality Studies at Rutgers University, New Brunswick. She is the author of The Biopolitics of Feeling: Race, Sex, and Science in the Nineteenth Century (Duke University Press, 2018) and The Trouble with White Women: A Counterhistory of Feminism (Bold Type Books, 2021). With Jules Gill-Peterson, she co-edited a special issue of Social Text and with Greta LaFleur, co-edited the American Quarterly volume Origins of Biopolitics in the Americas, which was named Best Special Issue 2020 by the Council of Editors of Learned Journals. Schuller’s work has been awarded fellowships from the American Council of Learned Societies and Stanford Humanities Center.

Race and the Senses: The Felt Politics of Racial Embodiment

How do racialized subjects feel and sense race? How is racial embodiment experienced by racialized subjects? The history of racism in the U.S. has perpetually objectified and dehumanized people of color. At the core of this dehumanization is the subtle yet pervasive myth that the bodies of color—particularly Black bodies—feel less sensitively than the white bodies. The presumed lack of sensory sophistication opens the door to justifying violence and exploitation. To treat someone as less-than-human, you must first deprive them of the fundamental characteristics of being fully human, namely, the bodily, intellectual, and emotional capacity to feel and reflect on such feelings. Living in a racialized body means moving through social worlds with a double somatic awareness of being a subject who is aware of their own objecthood, feeling intimately and viscerally their less-than-human existence. For racialized subjects, racial embodiment emerges in a seemingly paradoxical condition in which one’s existential subjectivity is rooted in their sensorial awareness of their objectification.

This presentation brings somatic attention to the lived and embodied feelings of racialized subjects. We foreground the sensing bodies at the core of our sensorial theorizing of race and racism. When it comes to race, the body is not merely an object on which racial differences are inscribed, but it is simultaneously the subject that feels such inscription. What tends to be underestimated in a racist society is that those who are reduced to an object still feel and sense such objectification. We argue that somatic labor plays a significant role in the construction of racialized relations of sensing. The racial reality is saturated with visual, tactile, kinesthetic, auditory, olfactory, gustatory, and other felt-qualities that appeal to our senses. Multiple bodily senses are engaged in racialized interactions and experiences, and such embodied multisensory feelings are integral to the social construction of race. We extend the sensory theorizing of race by focusing on felt-bodily sensations that mediate and materialize the viscosity of racial formation. Our goal is to articulate the sensory dimensions of race and racism by examining how race comes to be felt and registered through the senses, and how racism is sedimented in our lived embodiment and its surrounding environment.

We argue that race and racism do not simply organize our sensory perceptions and experiences; rather, race and racism actively produce somatosensory experiences (i.e. fear, gut reaction) that viscously stick to our bodies. Race materializes through an intensification of certain visceral sensations and sensory perceptions. As an assemblage of affective, bodily, and emotional habituations, racial embodiment is a site where recurring sensations and impressions of racism are viscerally held together. While the senses are manipulated by racism, they are also the medium of possibility and the foundation of subjectivity and intersubjectivity. We examine embodied experiences and bodily sensations of racialized subjects as sources of knowledge for critically understanding, and potentially transforming, the relations of sensing that uphold the racialized relations of power.

Sachi Sekimoto, PhD is a Professor in the Department of Communication Studies at Minnesota State University, Mankato. As a native of Tokyo, Japan, who resides in the U.S., her scholarship is inspired by the experiences of traversing and adapting to multiple sensory borders and cultural paradigms. Her scholarly interests include phenomenological and somatosensory experiences of culture, identity, and embodiment. She has written various articles and book chapters on the embodied politics of transnational identity, the phenomenology of racialized and gendered embodiment, and intercultural communication in global contexts. She is a co-author of Race and the Senses: The Felt Politics of Racial Embodiment (Routledge, 2020) and Globalizing Intercultural Communication: A Reader (Sage, 2016).

Christopher Brown, PhD is an Acting Dean of the College of Arts & Humanities and Professor of Communication Studies at Minnesota State University, Mankato. He has published books chapters, encyclopedia entries, book reviews, and articles on a variety of topics focusing on discourses of white supremacy, white-male elites’ constructions of race and leadership, and phenomenology and race. His work appears in such journals as the Communication Monographs, Departures in Critical Qualitative Research, Communication Studies, Howard Journal of Communications, and Journalism and Mass Communication Quarterly. He is a co-author of Race and the Senses: The Felt Politics of Racial Embodiment (Routledge, 2020).